Israel and the Church: Two Voices for the Same God 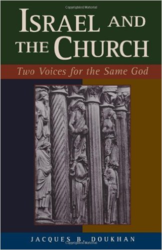 Dr Jacques Doukhan, a Jewish believer in Yeshua as the Messiah and a scholar of Jewish heritage, asks, "After two-thousand years of sad history and after the Holocaust, is Jewish-Christian reconciliation still possible?" He offers answers to this and other questions that will challenge the received wisdom and break new ground in this millennia-old conflict.

The Mystery of Israel 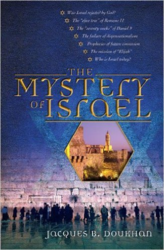 Dr Jacques Doukhan a Jewish believer in Yeshua as the Messiah and a scholar of Jewish heritage, shows how careless interpretations of Scripture can spawn anti-Semitism. He examines the traditional theories (supersessionism and dispensationalism) and offers a third option.

On the Way to Emmaus:
Five Major Messianic Prophecies Explained 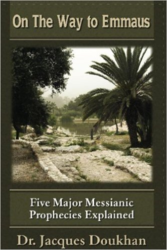 The discussion about messianic prophecies is an important one. It hits at the very origins of Christianity and takes us to the very heart of the early Jewish-Christian controversy. That is why Dr Jacques Doukhan a Jewish believer in Yeshua as the Messiah and a scholar of Jewish heritage, share in this book the five main Messianic prophecies:

Drinking at the Sources (Kindle Edition) 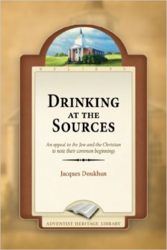 Dr Jacques Doukhan, a Jewish believer in Yeshua as the Messiah and a scholar of Jewish heritage, questions the schism between Israel and the Christian church, which is rooted in the most profound reality in history.

When Jesus said that He was the Messiah, was His contention not to have consequences in a land occupied by Roman legions since 66 B.C.? In a land where leaders of resistance movements had regularly been proclaimed king and messiah of Israel by their troops? Alas, messianic adventures were not uncommon in those times! Many of them ended in atrocious massacres—from Judas the Galilean, who preached revolt against Rome when Jesus was a child, to Bar-Kokhba.

Because Israel lived constantly under the threat of extermination by pagan, barbarian, and imperial Rome, were not the men responsible for her well-being and destiny to be extremely concerned by the rising tide of another messianic movement? And especially since this latest manifestation was led by a self-proclaimed Christ with an overpowering personality? The word from Caiaphas that it was to their advantage that one man should die to save the nation must be understood in the light of the stark reality of Roman repression, which was responsible for more than 600,000 crucified victims.

Drinking at the Sources separates historical fact from fiction in an attempt to discover what was responsible for the hatred between early Christians and Jews that carries on to this day. It seeks to identify, from each side’s viewpoint, the decisive factors and arguments both sides have used in constructing seemingly insurmountable walls.

Hebrew for Theologians:
A Textbook for the Study of Biblical Hebrew
in Relation to Hebrew Thinking 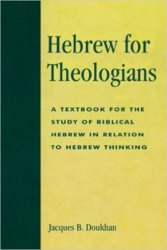 It has been said that the teaching of biblical Hebrew as a "dead language" has killed it a second time. Shaking traditional views, this book sets the "sacred language"within the life and dynamics of Hebrew thinking a method that makes learning Hebrew easy, exciting, and theologically relevant. Dr Jacques Doukhan a Jewish believer in Yeshua as the Messiah and a scholar of Jewish heritage who hold a master in Hebrew literature and a Ph.D in Hebrew letters uses both deductive and inductive methods in order to make his case. The book contains original mnemonic devices and tables, and a brief summary of Hebrew grammar and vocabulary at the end of the book.

Dr Jacques Doukhan as an editor

The Three Sons of Abraham: 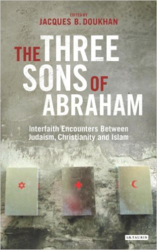 Christianity, Judaism and Islam have sometimes been more closely identified not for what they offer to save the world but for what they bring to destabilize it. It is one of the depressing paradoxes of religion, supposedly a force for good, that it is all too frequently the occasion for conflict instead of peace, generosity and better treatment of one's neighbor. The contributors to this volume start from the premise that there is a price to be paid by the 'sons of Abraham': whether Jews, Muslims or Christians. And that is the cost of learning how to be brothers through mutual and attentive engagement. Mature interfaith discussion offers respect for a shared heritage while also recognizing points of distinctiveness. This book explores what articulating such regardful difference, as well as commonality, might mean for the future of faith relations. Including provocative reflections by Elie Wiesel, Irving Greenberg, Hans Küng and others, the book makes a vital contribution to dialogue. In its searching analysis of issues of peace, justice, hope and forgiveness, it will engage all students and scholars of interfaith studies.

Thinking the Shadow of Hell:
The Impact of the Holocaust on Theology
and Jewish-Christian-Relations 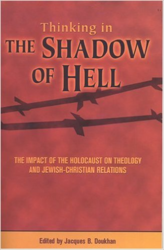 Holocaust scholars, church leaders, and religious liberty experts face a chapter of Christian and Jewish history that many would like to forget, urging readers not to distance themselves from the traumatic event of the Holocaust. Disturbing stories, frank dialogue, and formal research are presented.

Daniel: vision of the End 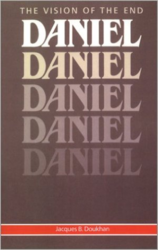 Dr Jacques Doukhan, A Jewish believer in Yeshua as the Messiah and a scholar of Jewish heritage, delves into the biblical text, considering its words, noting its literary movement, and listening to its echoes throughout the Scriptures. The result is a document with new information and reflection which challenges thought and nurtures hope.

Secrets of Revelation:
The Apocalypse Through Hebrew Eyes 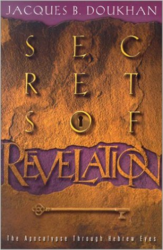 Ethereal worship, scary beasts, ominous trumpets, terrible plagues, and ultimate paradise. The book of Revelation is a powerful tapestry woven from Old Testament imagery, such as the plagues of Egypt and the confrontation on Mount Carmel. Thus the Old Testament provides the key to unlock the code of Revelation.

Jacques B. Doukhan, a Jewish believer in Yeshua as the Messiah and a scholar of Jewish heritage,, mines the Old Testament to uncover new meaning in the battle of Armageddon and the millennium. He ties the symbolism of the book to the sanctuary service of ancient Israel, showing how the seven sections of the book correspond to the seven feasts of Judaism. He argues that the prophecies of Revelation foretell the eventual discrediting of secularism (Egypt), the resurgence of conservative religion (Babylon), and a final coalition of the two movements in the climactic events before the second coming of Christ to defeat sin and save His people. 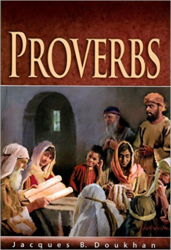 Dr Jacques Doukhan, a Jewish believer in Yeshua and a scholar of Jewish heritage, introduces us to the book of Proverbs which was written to teach us how to live everything we learned in the books of Moses and in the prophets. Through metaphor, humor and ironies, rhythms and riddles, God speaks the language of the men and women who live in the concrete world. According to Solomon, “to know Wisdom” means, first of all, to have a personal relationship with God. In other words, “to know Wisdom” means “to know God.”

Secrets of Daniel:
Wisdom and Dreams of a Jewish Prince in Exile 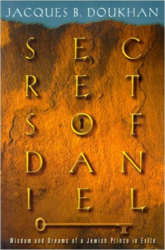 Written by Dr Jacques Doukhan a Jewish believer in Yeshua as the Messiah and a scholar of Jewish heritage, this commentary solves several longstanding problems and sheds new light on many aspects of the cryptic prophecies of Daniel. Fresh insight is provided regarding such questions as: Whatever happened to Daniel's tomb? Is Michael "one of the chief princes" or is he "the first of the chief princes"? Why did King Nebuchadnezzar forget his dream? Why did Daniel undertake his three-week fast during Passover?Jacques Doukhan re-creates the world of Babylon, explains obscure allusions, and finds hidden patterns within the prophesies that help to clarify their meaning. His research in ancient Jewish sources and knowledge of the original languages makes this book a worthy contribution to the literature.

Ecclesiastes: All Is Vanity (Kindle Edition) 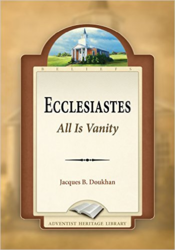 Dr Jacques Doukhan, a Jewish believer in Yeshua as the Messiah and a scholar of Jewish heritage, identifies contradiction as a symptom of our human condition. “Ecclesiastes affirms the value of work, wisdom, life, and happiness. But all these good values—including religion and even righteousness—contain the potential of corruption and evil.”

“All is vanity,” yes, all, even the good. Solomon, an old king, approaches his death haunted by his past. When first on the throne, he had asked for wisdom. He was granted that and much more. But looking back over his life in an effort to pass on what he has learned to his successor, Solomon finds his journey riddled with contradictions.

We use cookies to personalize content and ads, to provide social media features, and to analyze our traffic. We also share information about your use of our site with our social media, advertising, and analytics partners.