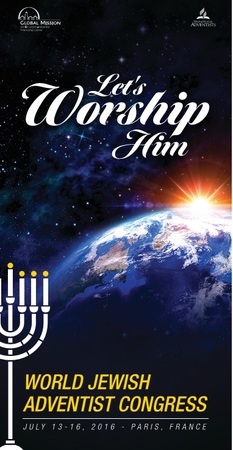 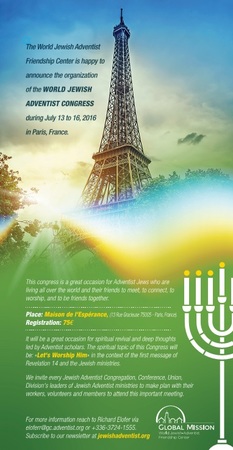 The theme of this Congress was “Let’s Worship Him”. Many lectures was presented during this world congress in connection with this theme.

Main lectures have been recorded and videos can temporarily be access at this link: http://livestream.com/accounts/12397264/events/5743444.
The lectures documentation can be downloaded using the button located inbetween the 2 images on top of this section.

All the timing are given according to Paris (France) timing and all the presentations are in English.

Below was the schedule for the congress, along with the names of the presenters:

We use cookies to personalize content and ads, to provide social media features, and to analyze our traffic. We also share information about your use of our site with our social media, advertising, and analytics partners.